ANGÈLE GUERRE is a visual artist. Born in 1988, she graduated from the Beaux-Arts de Paris. She developed an artistic practice by exploring various ways of cutting the surface. Whether scratching behind an antique mirror or incising paper, the objective is to make visible a material and produce another space. It is a film that crumbles, a protection that fades, a skin that swells and therefore a sensation that is suggested. Angèle questions the memory of textures and motif, rhythm, pulsation, repetition, and thus lets her compositions create themselves, through a slow shifting. The tools are the consequence of this slowness: rotring, incisions with a scalpel on paper or leather, work with a pen or calligraphy marker. These instruments impact the work by the exiguity of their imprints. Angèle accumulates them, merges them. Drawing is approached as a craft that invents a writing and sculpture as an augmented drawing. Angèle’s works have become almost-objects or almost-sculptures. Of the real, the idea remains. Angèle’s work has been presented at numerous exhibitions in France. In 2020, she also decorated the Shang Xia boutique of the Hermes Group in the 6th arrondissement of Paris. 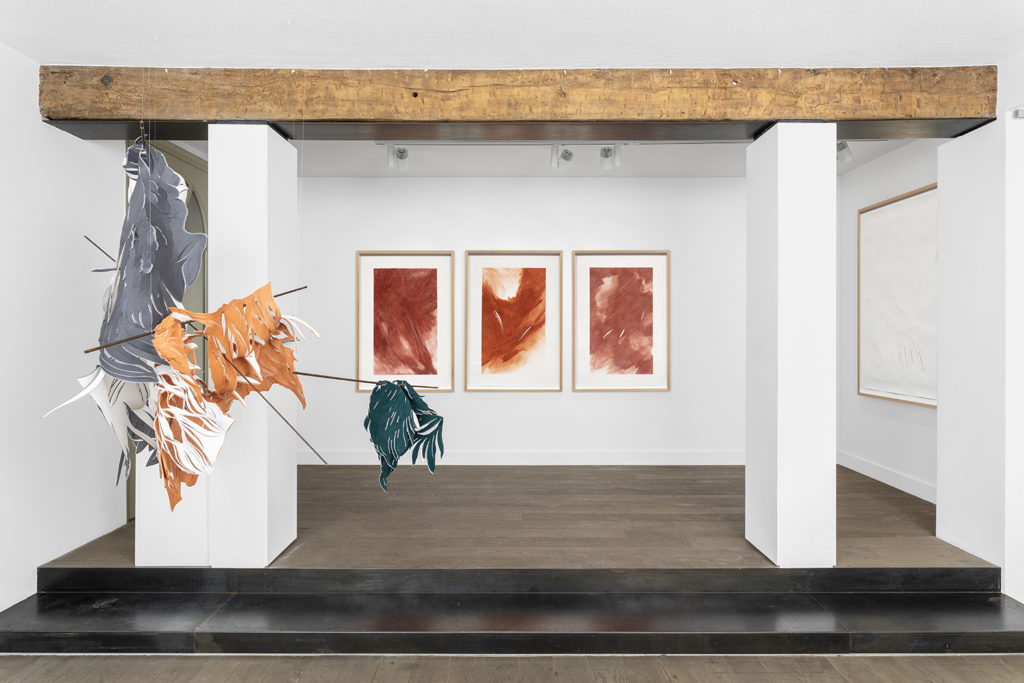 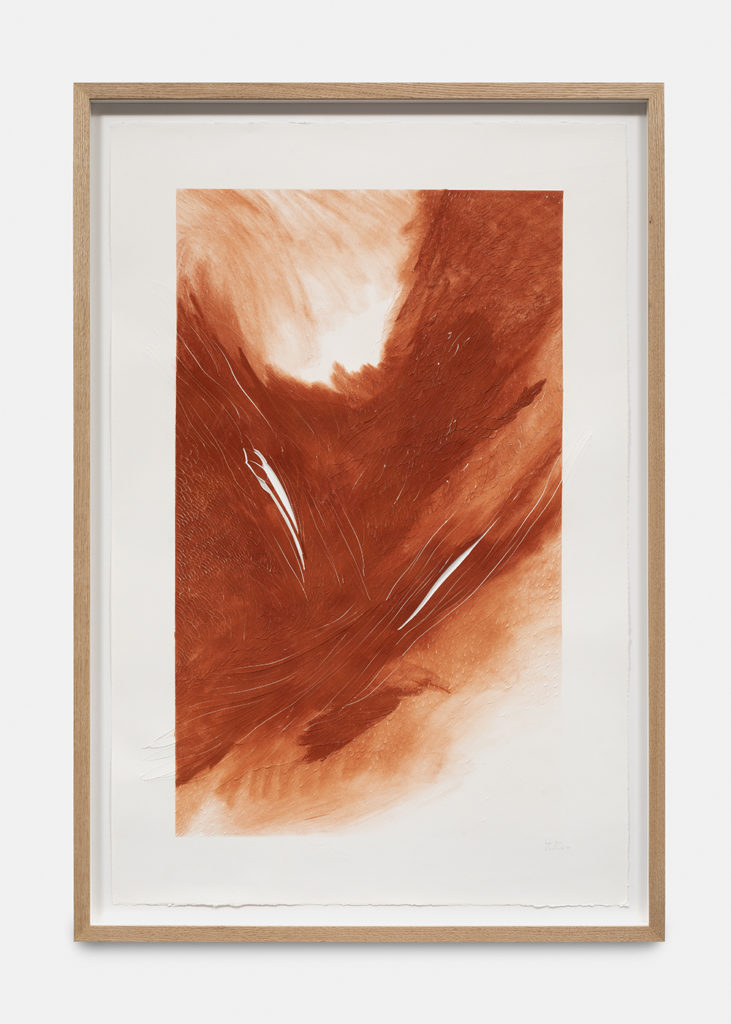 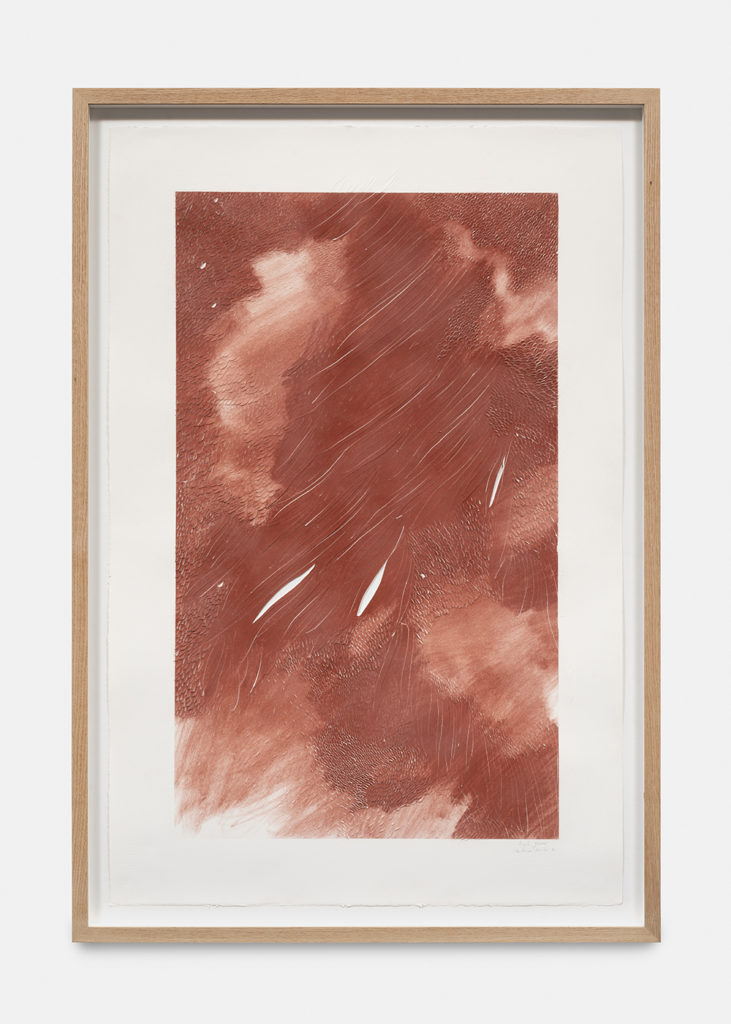 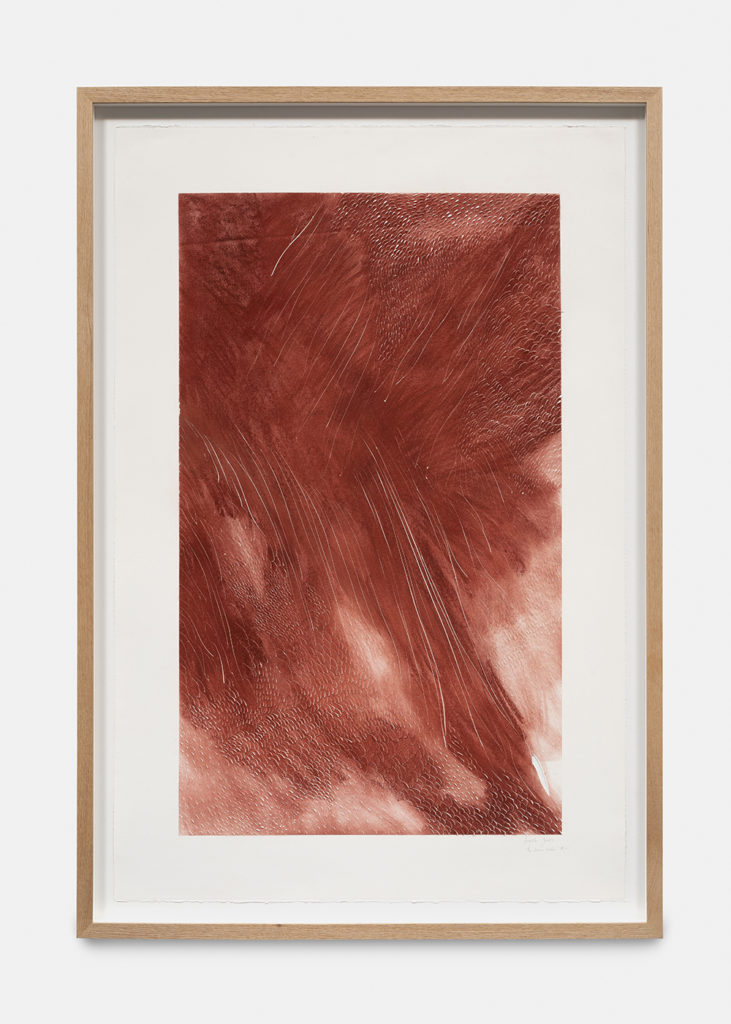 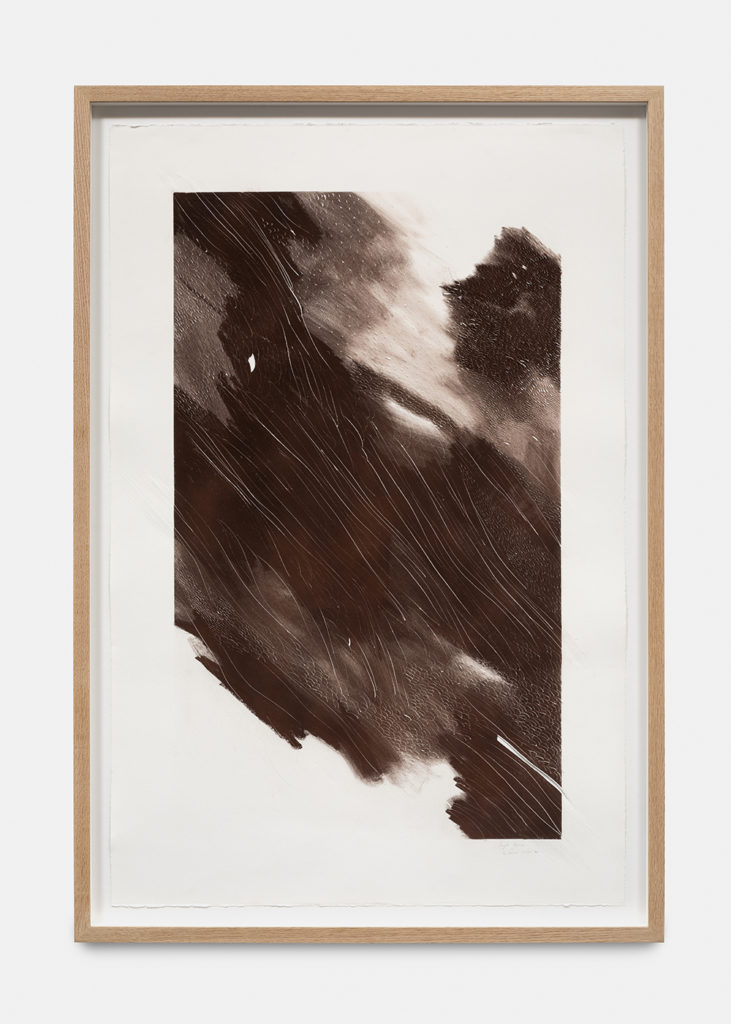 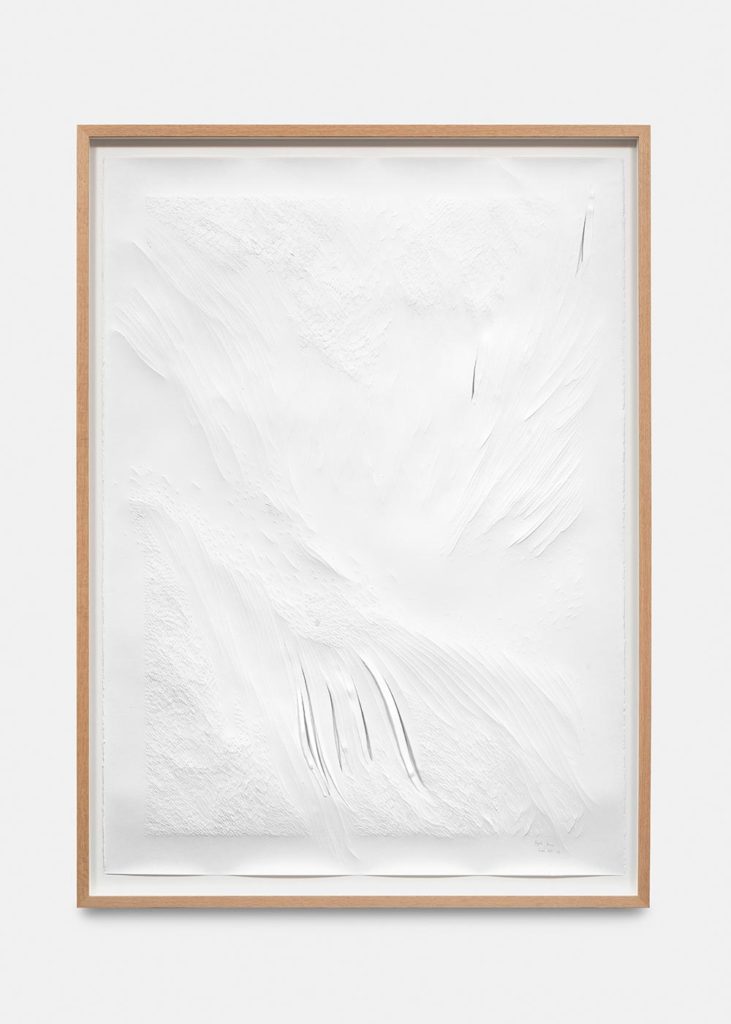 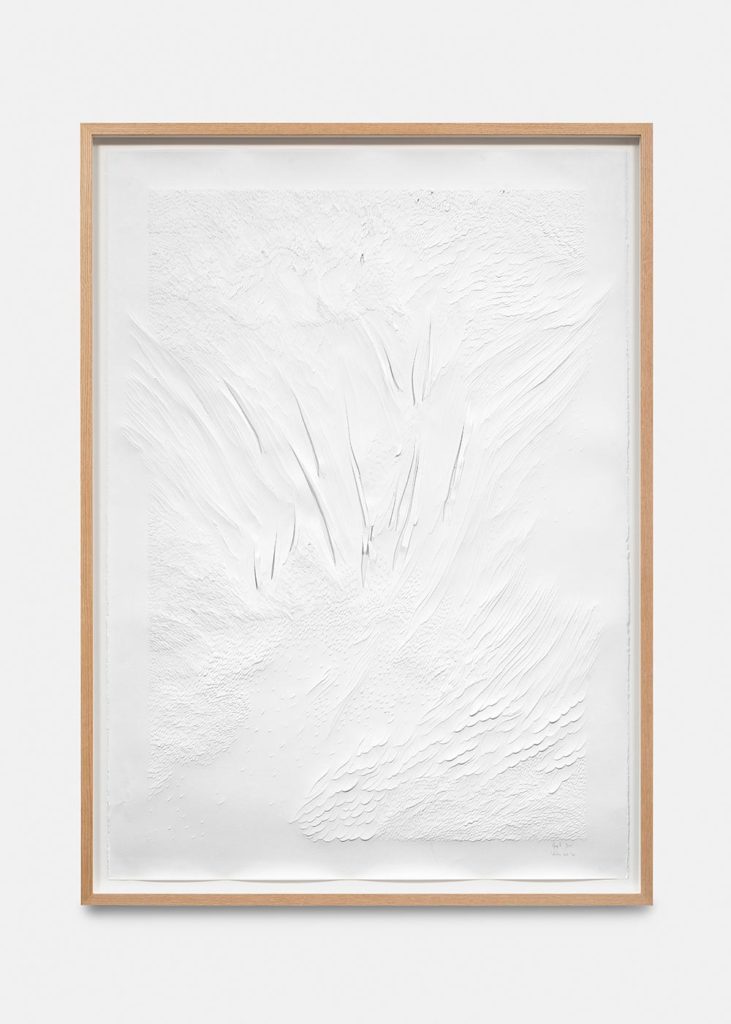 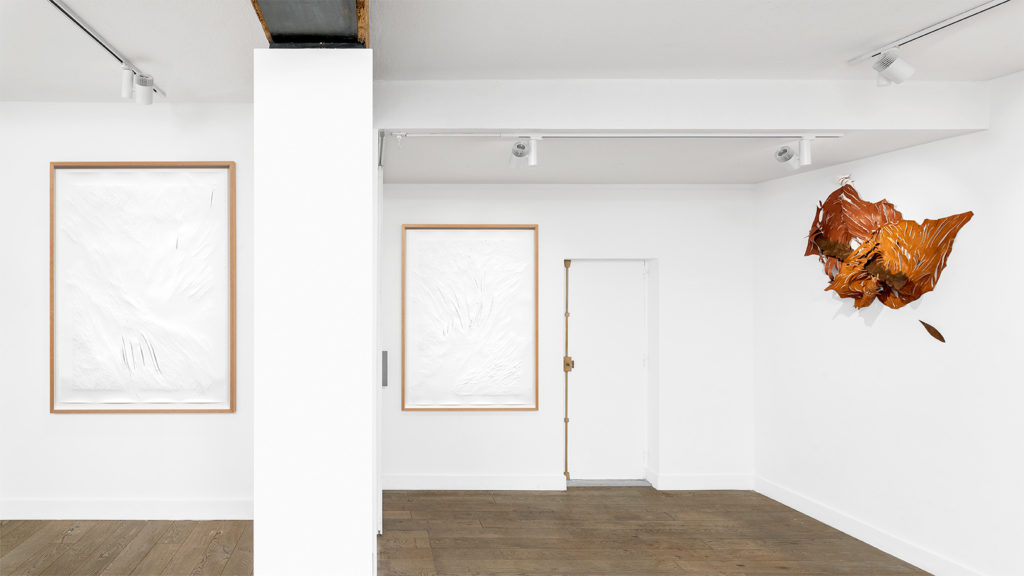 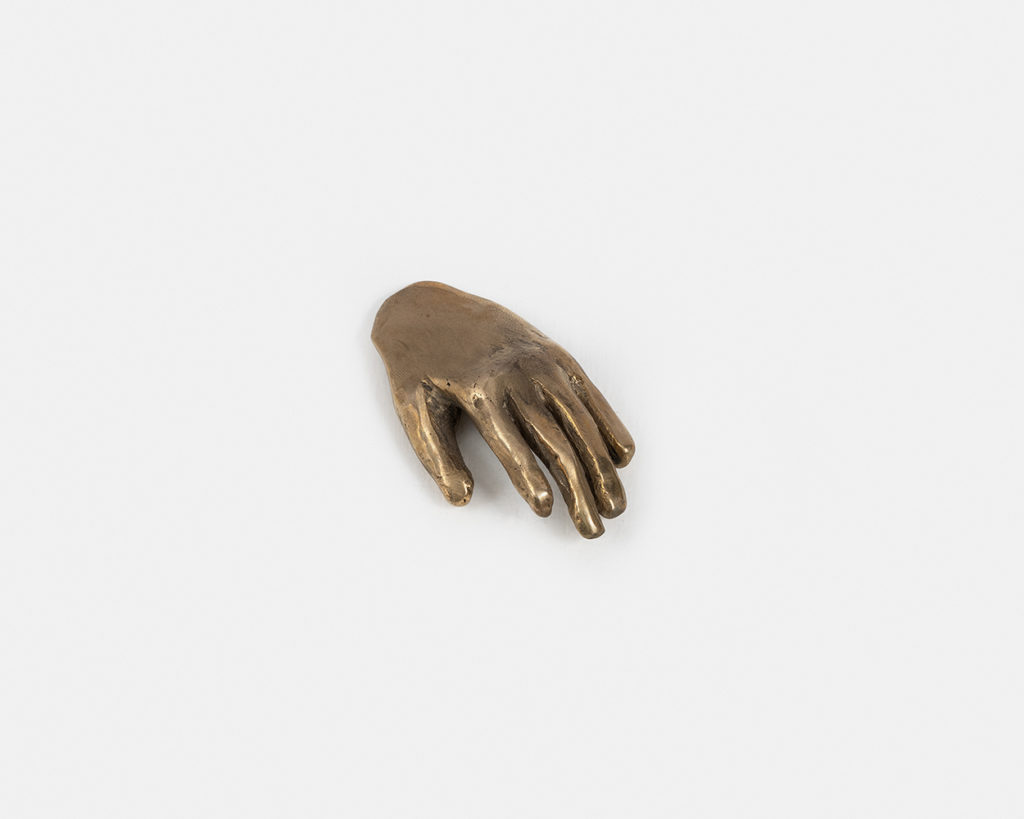 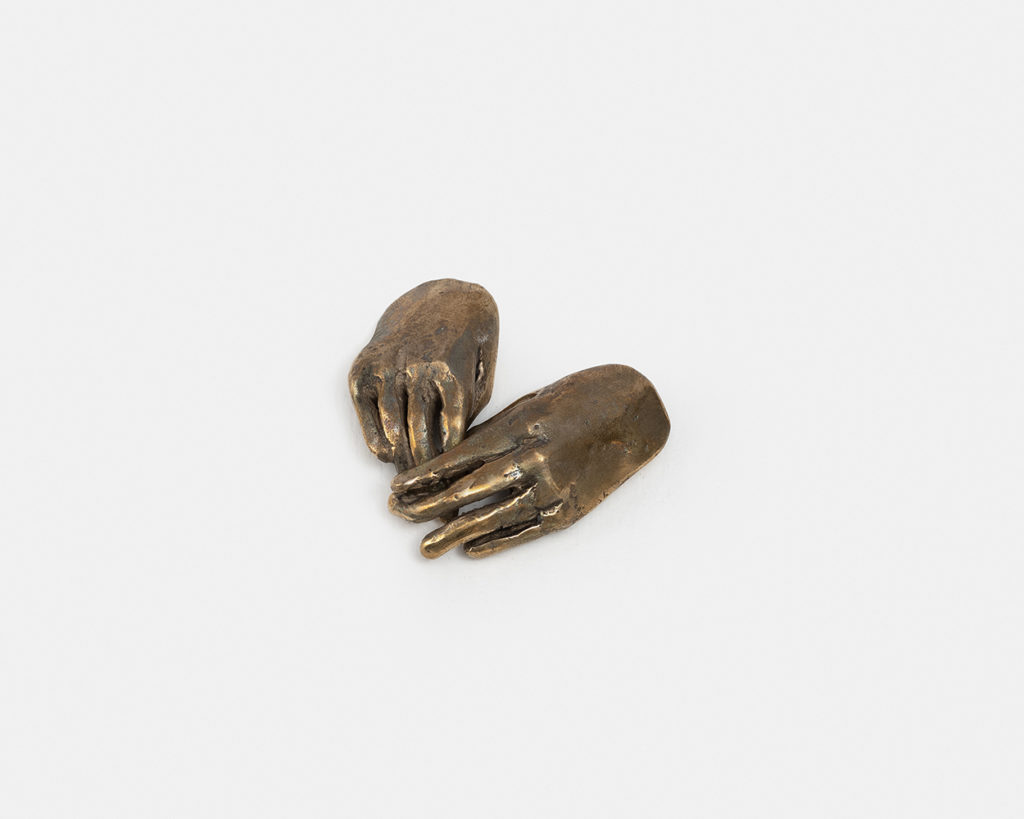 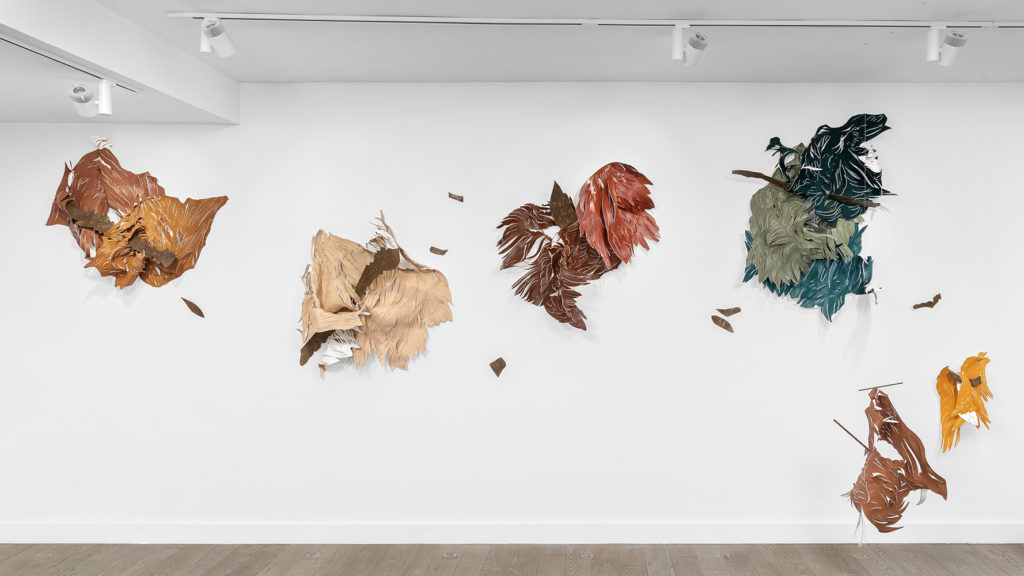 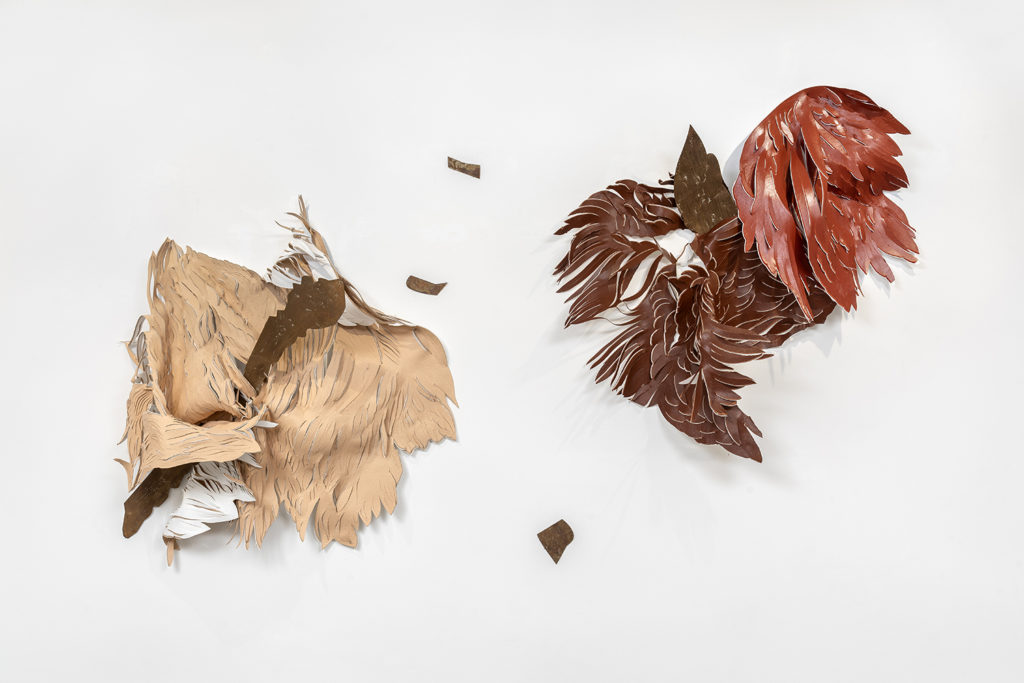 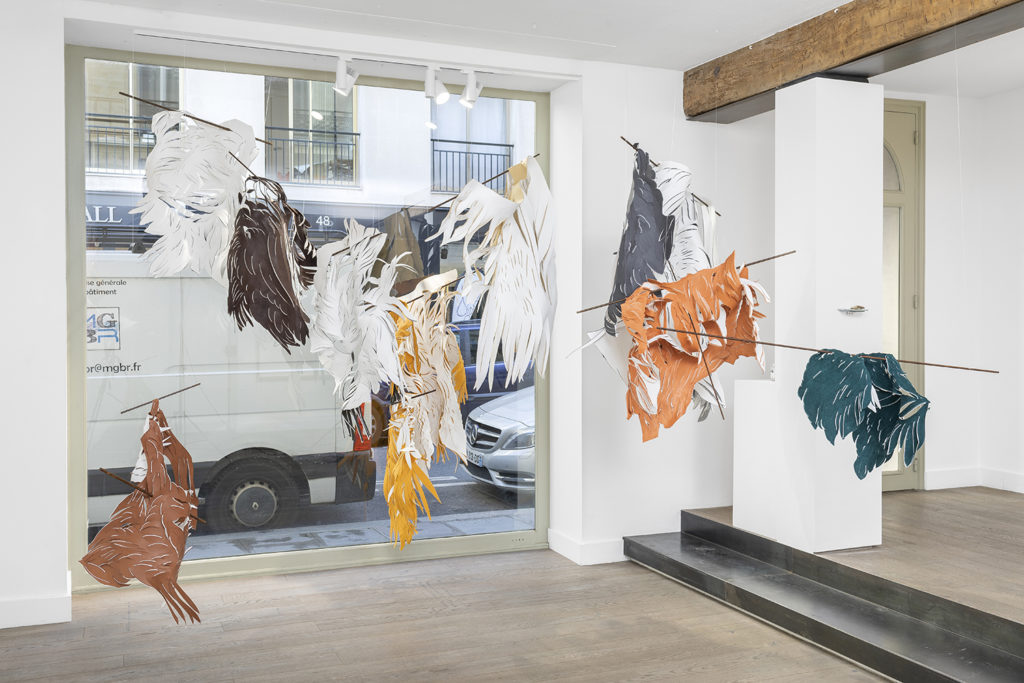 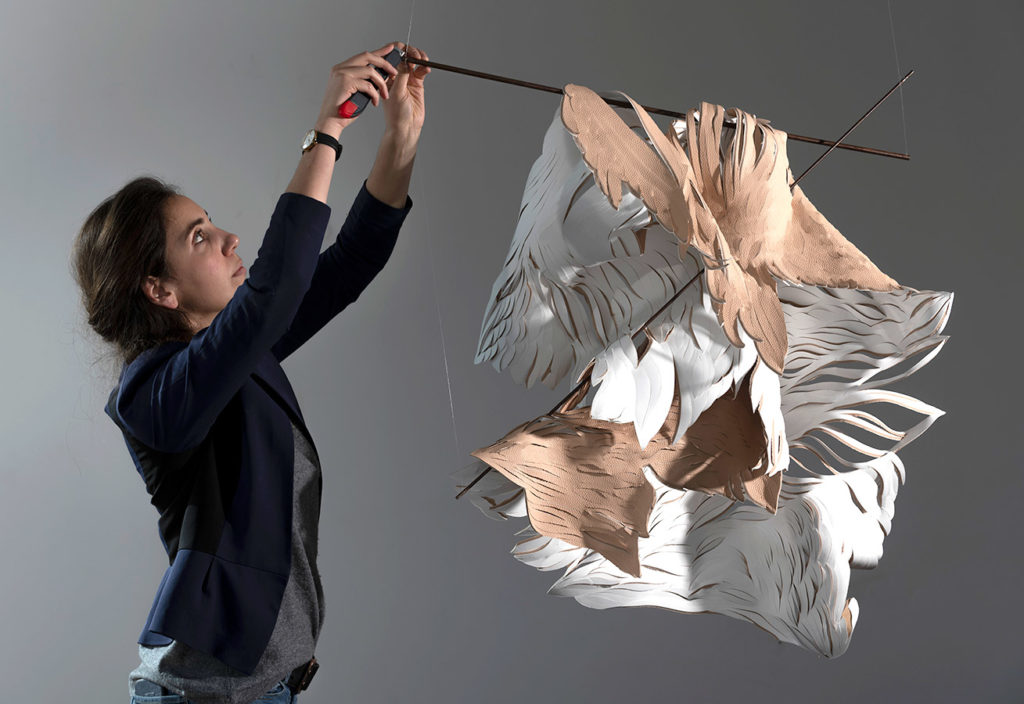 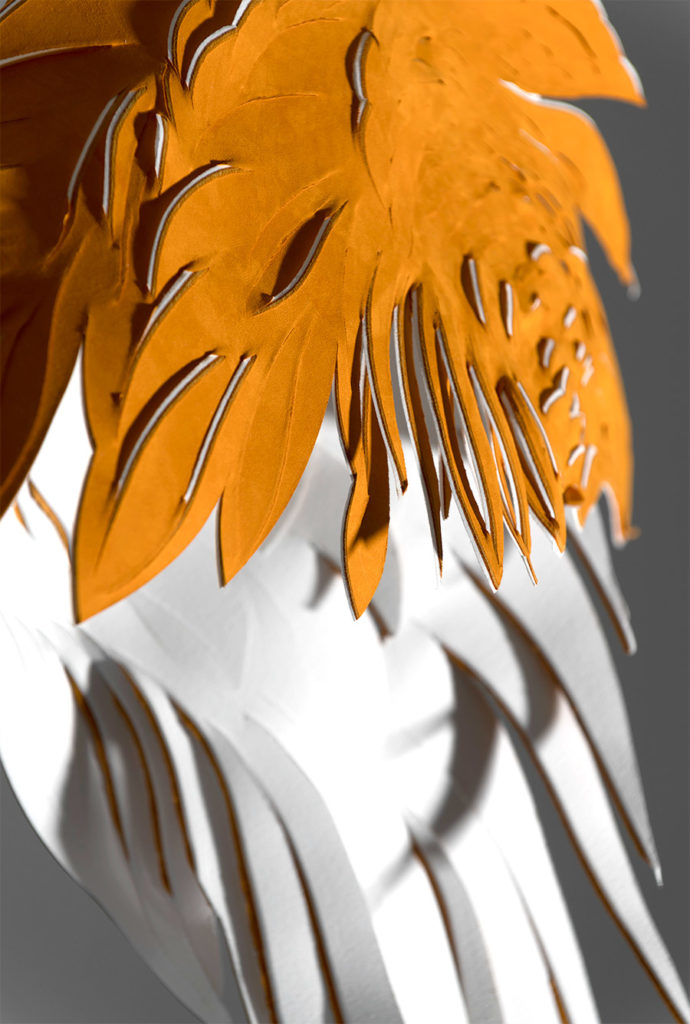 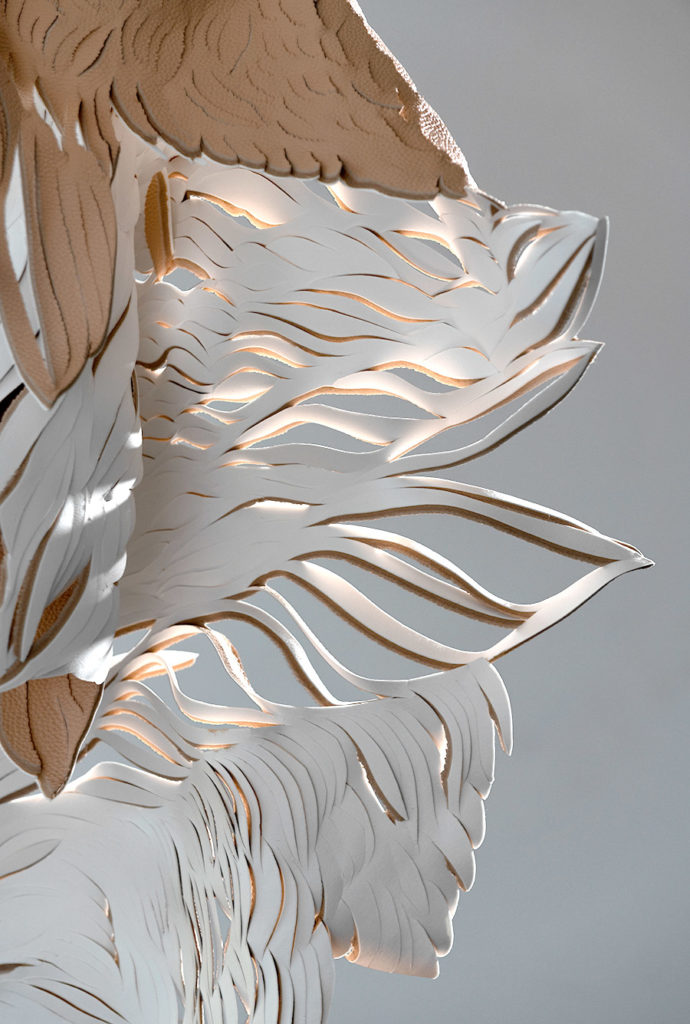 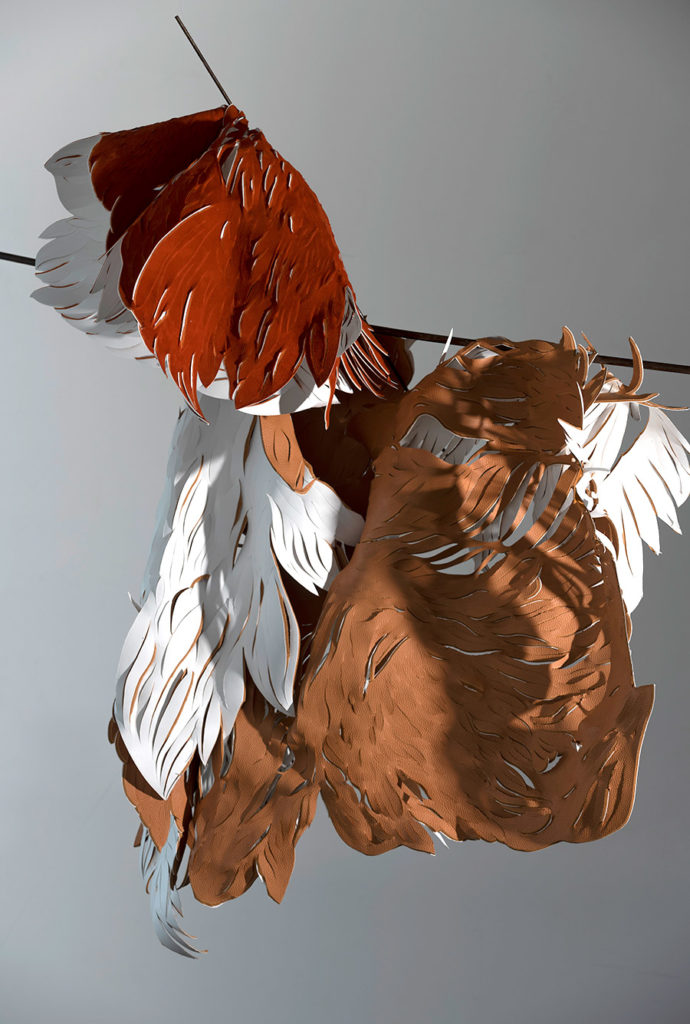 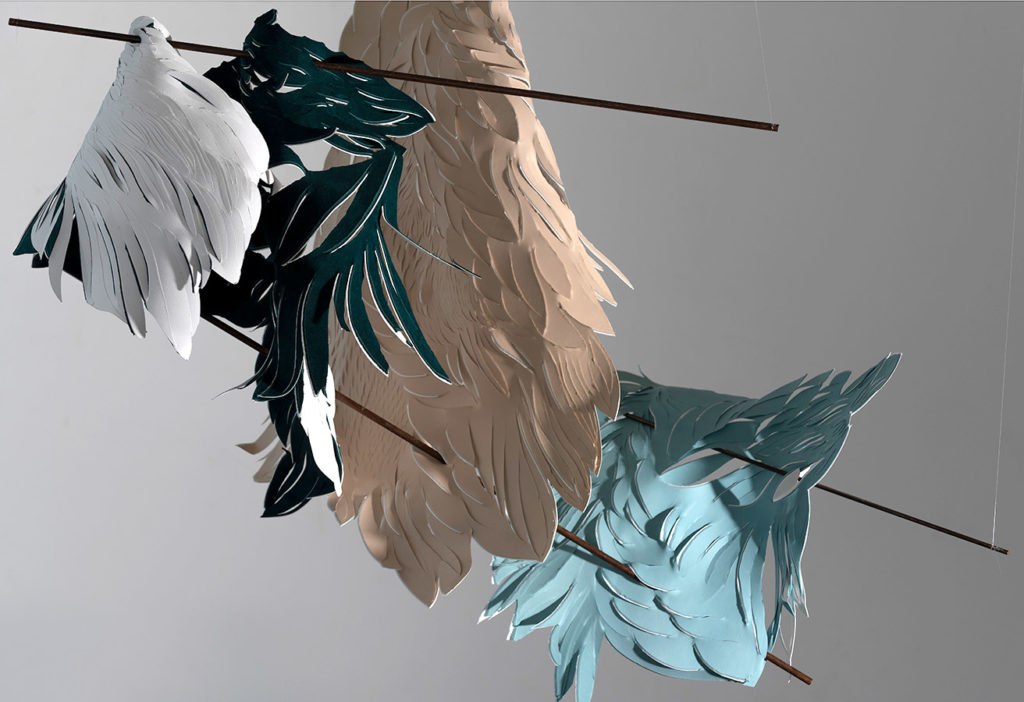 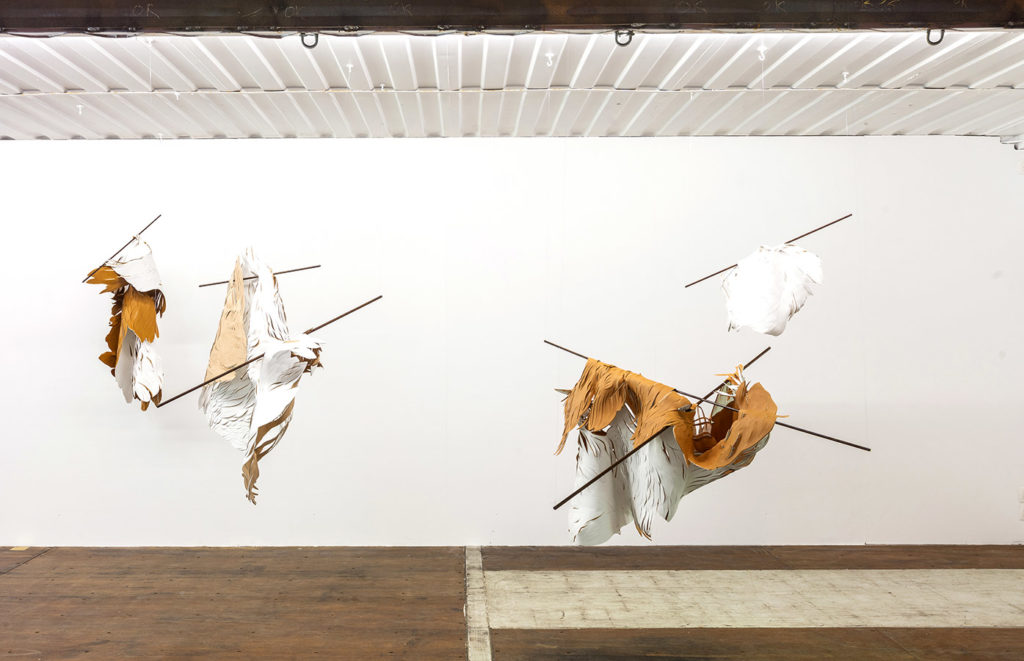 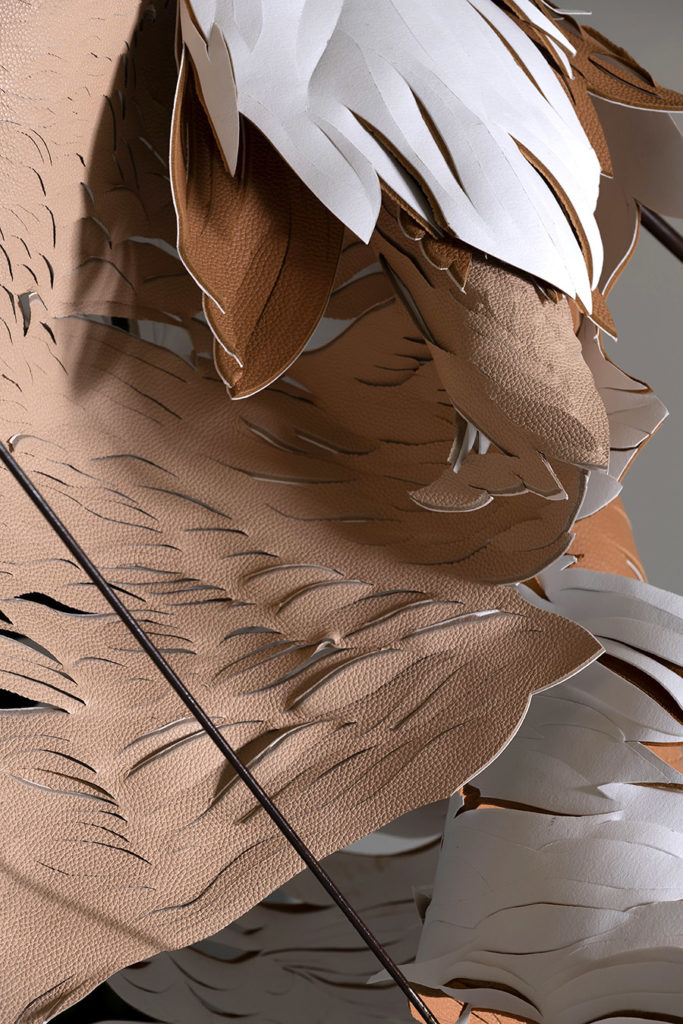 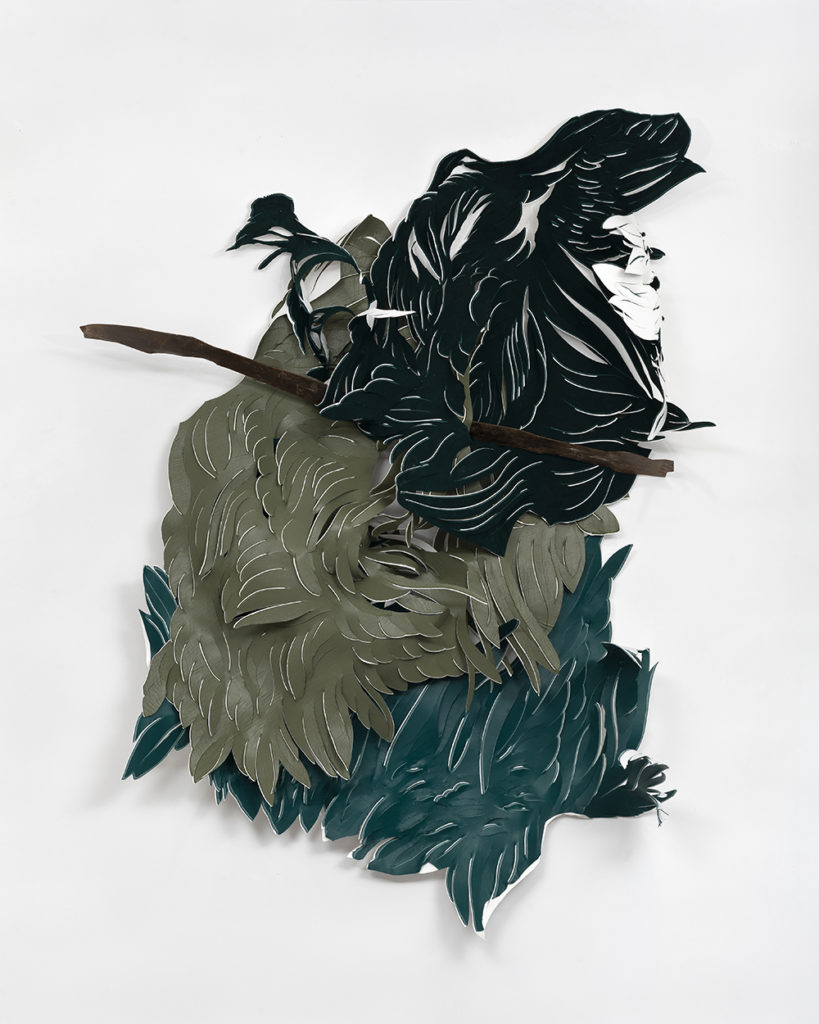 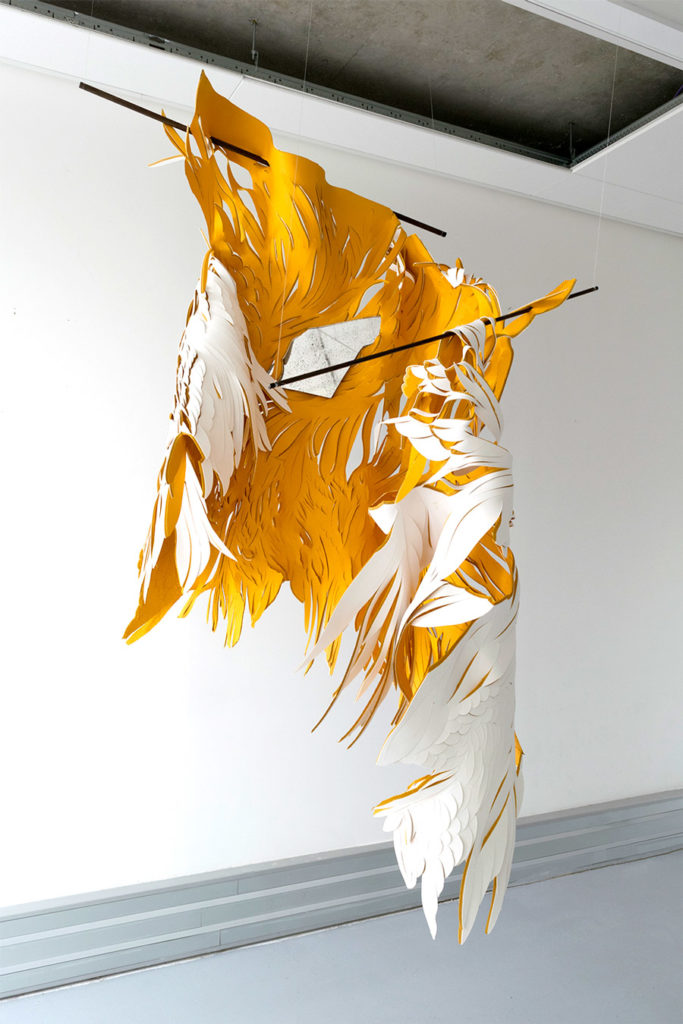 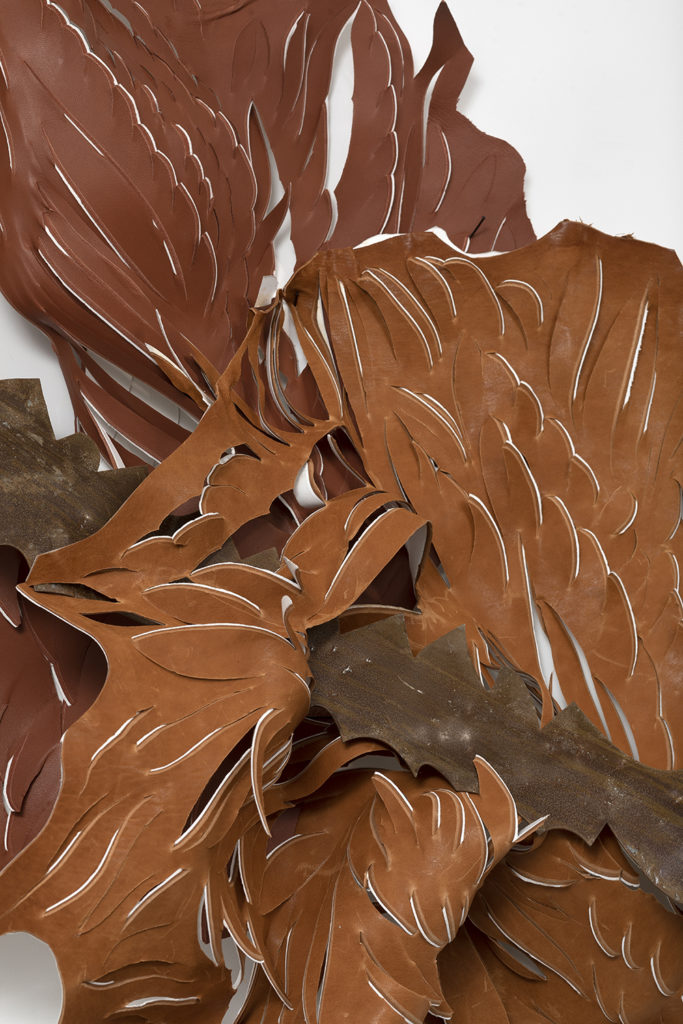 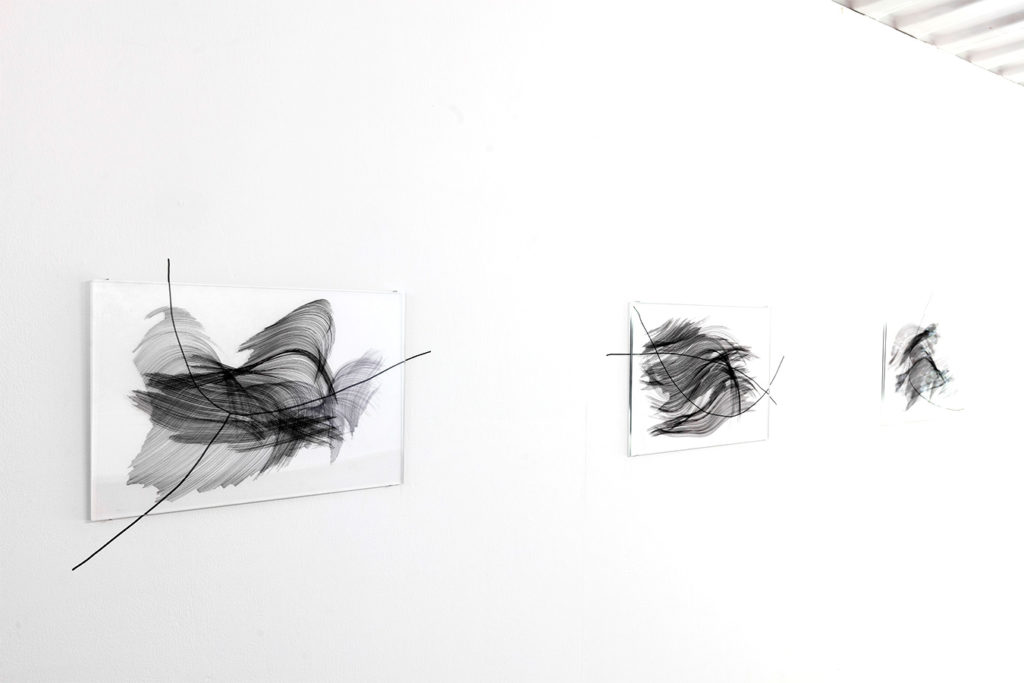 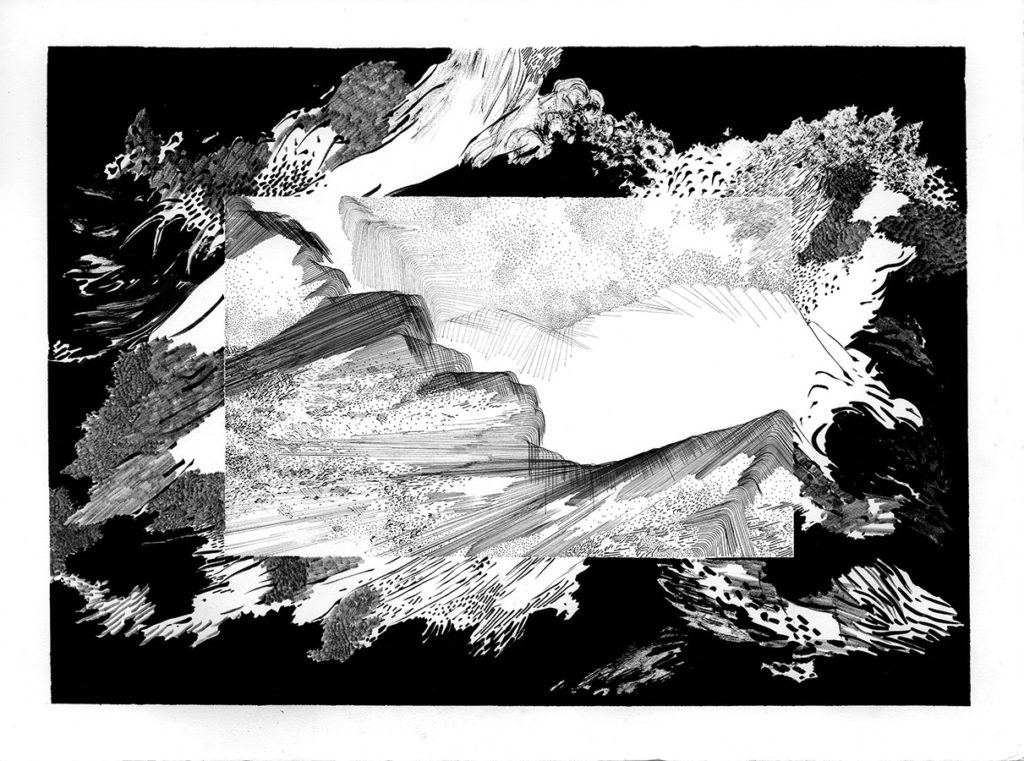 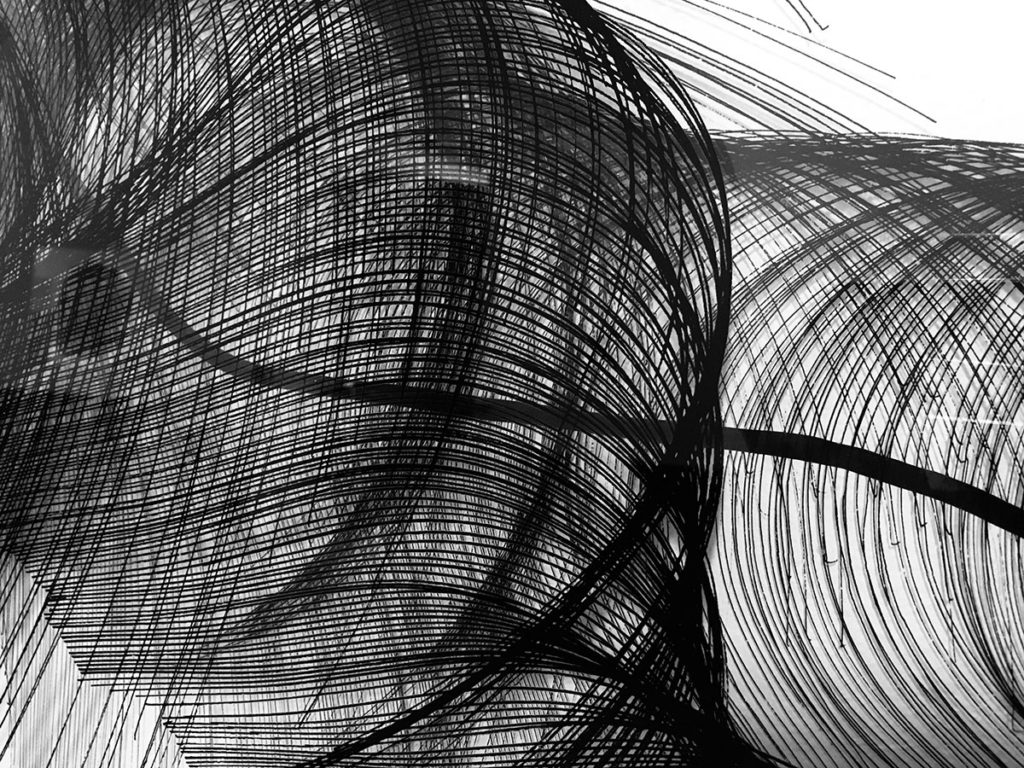 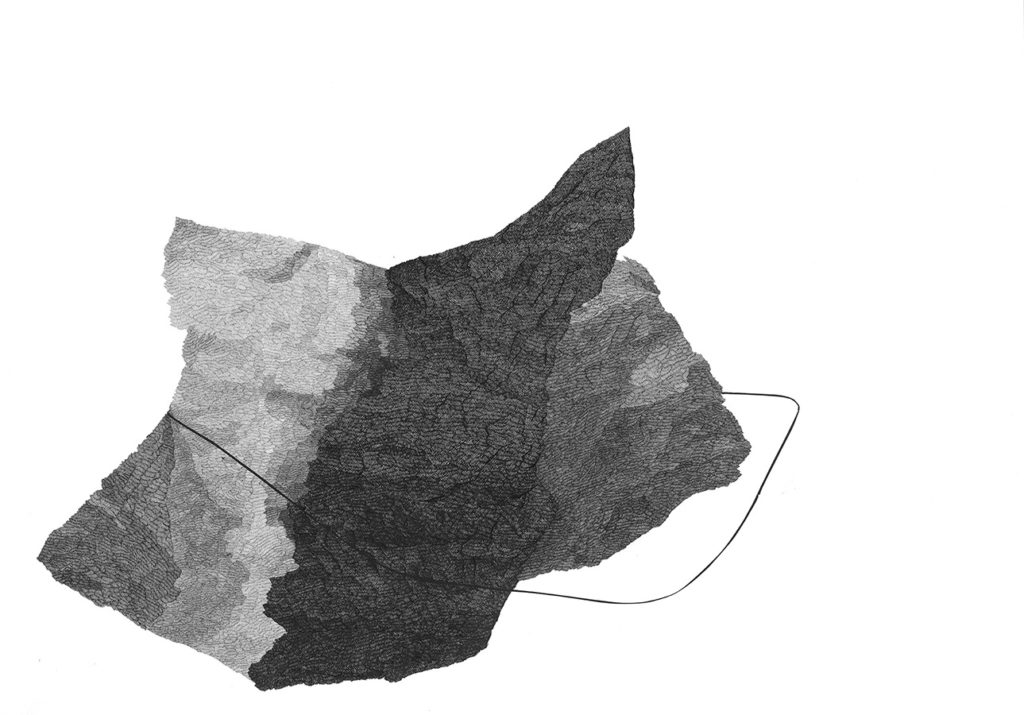 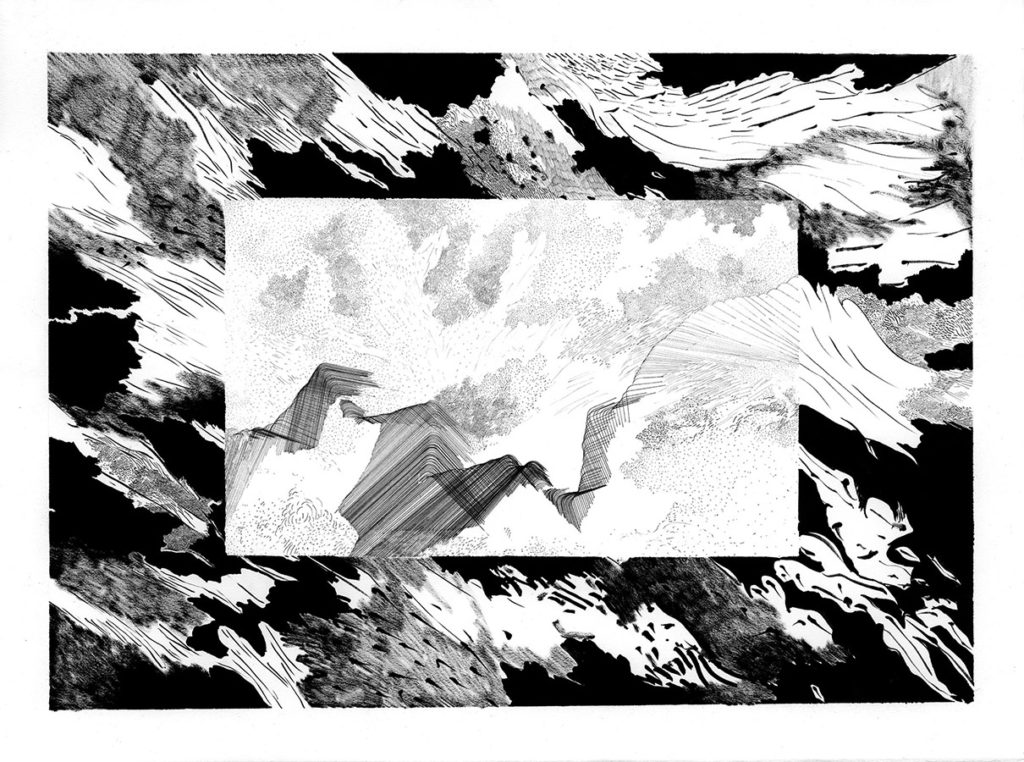 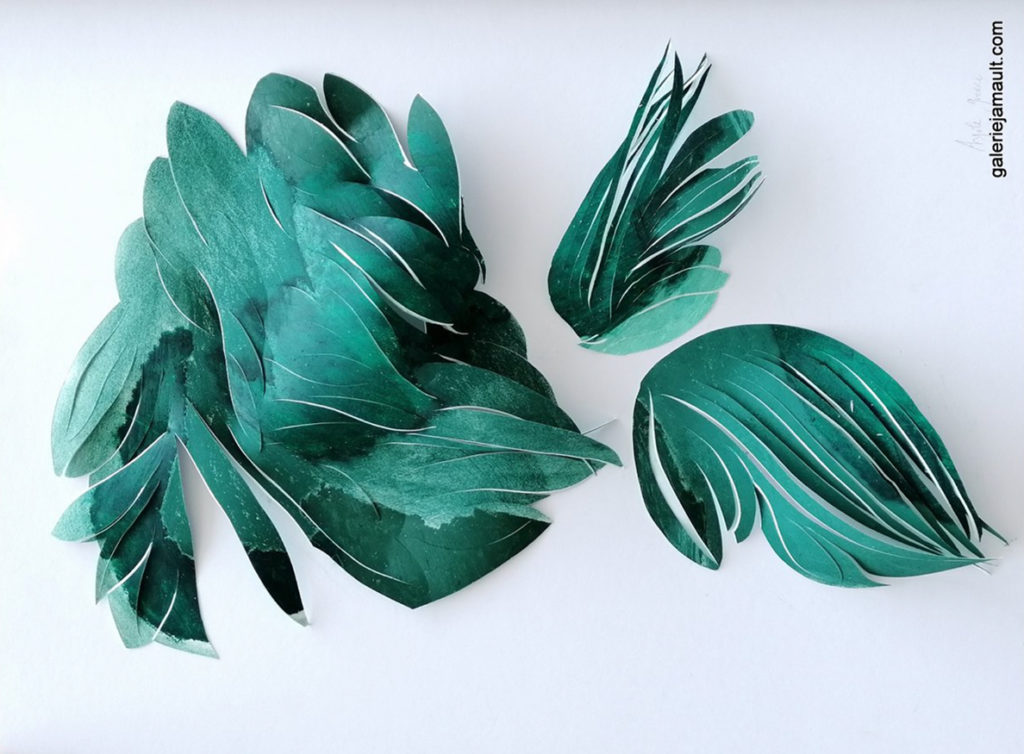 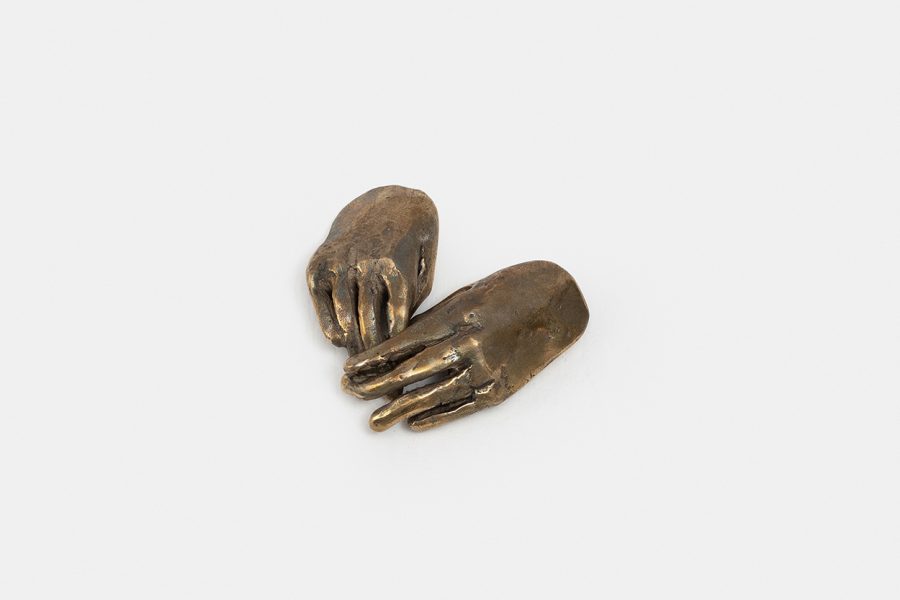