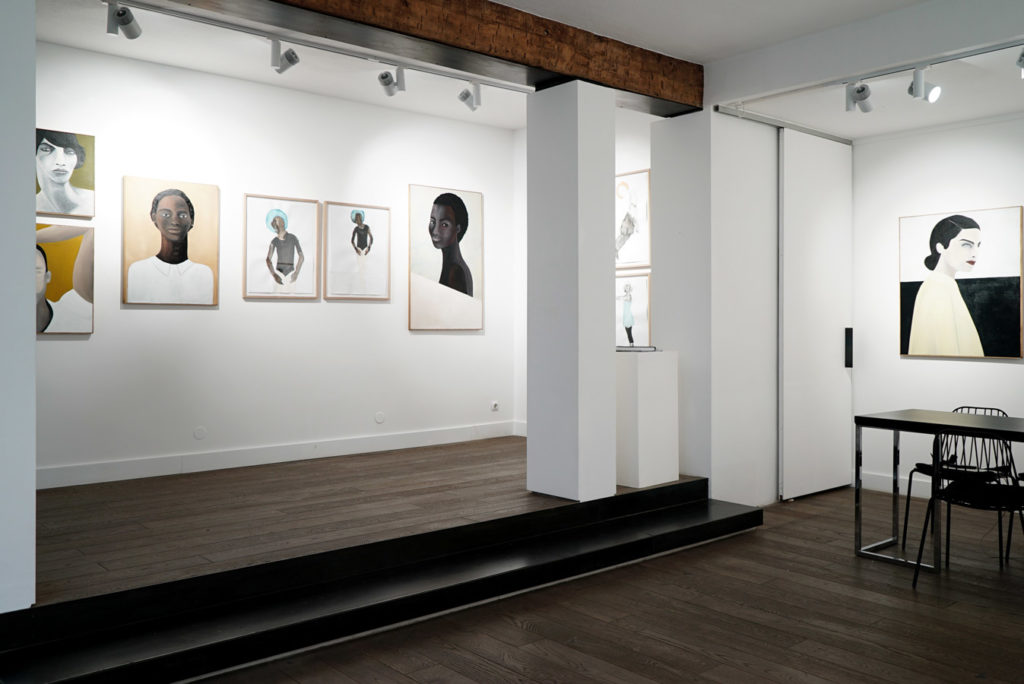 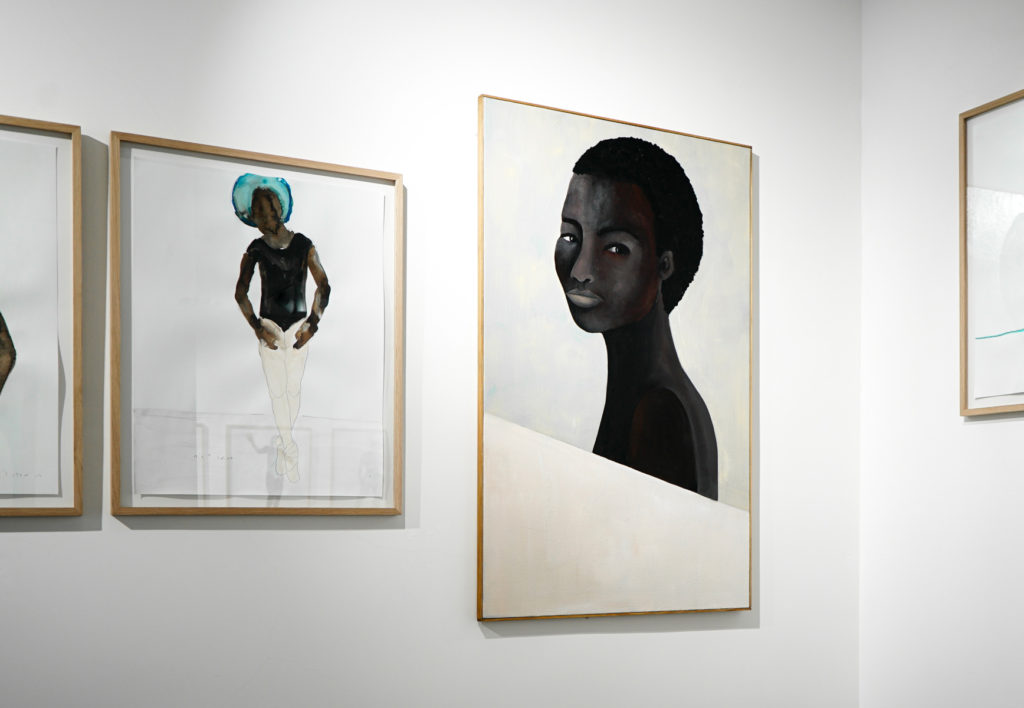 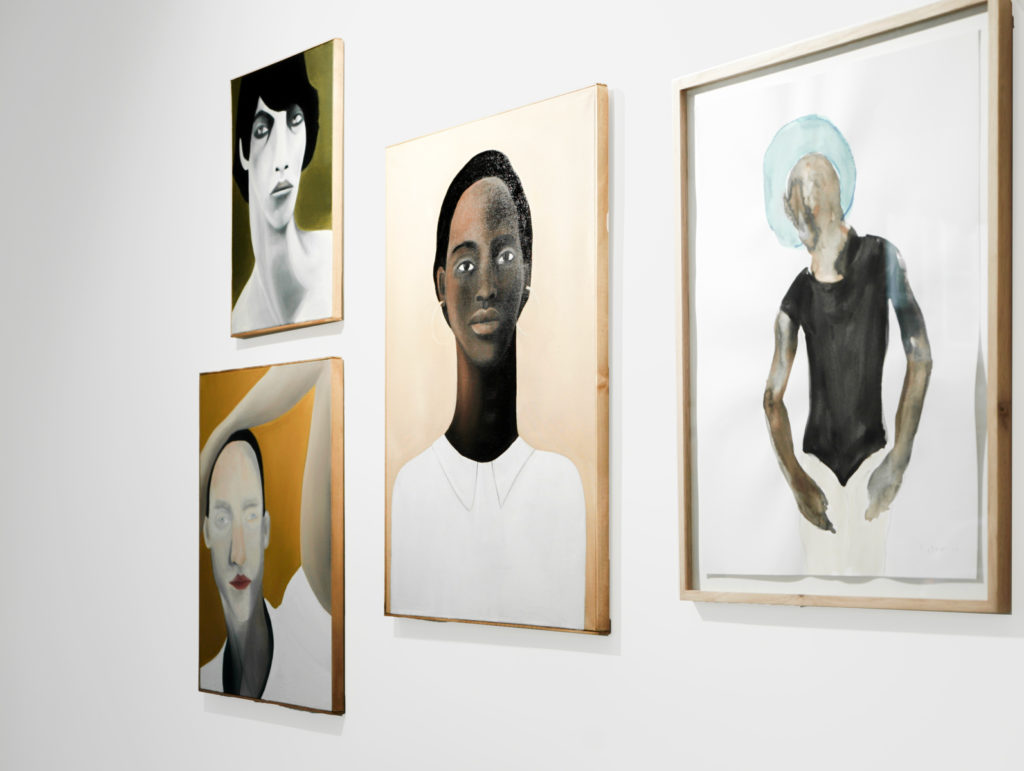 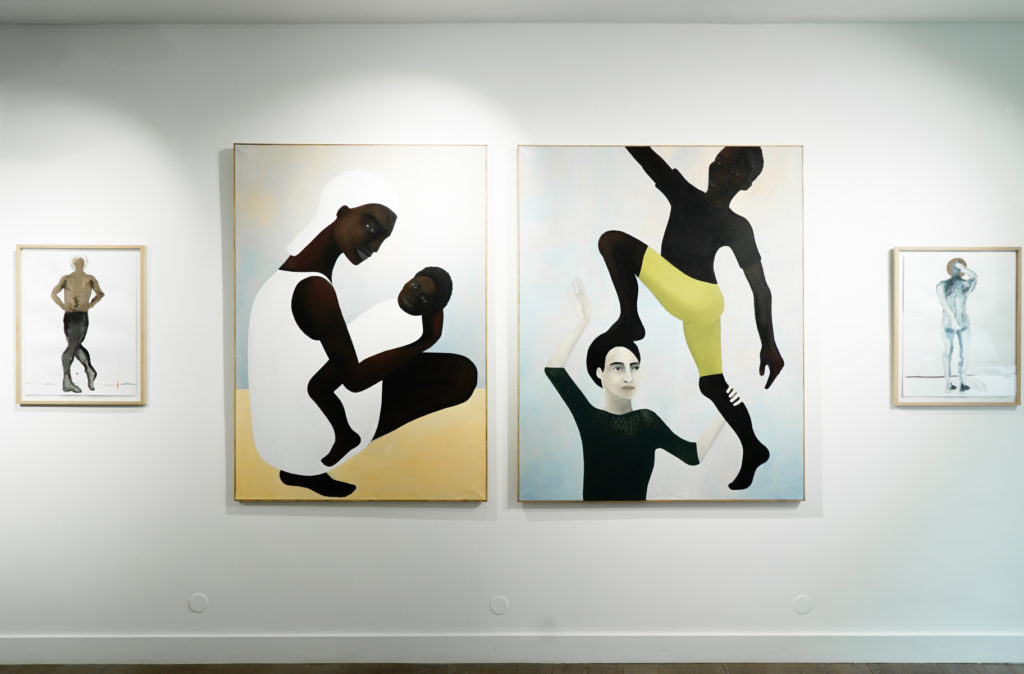 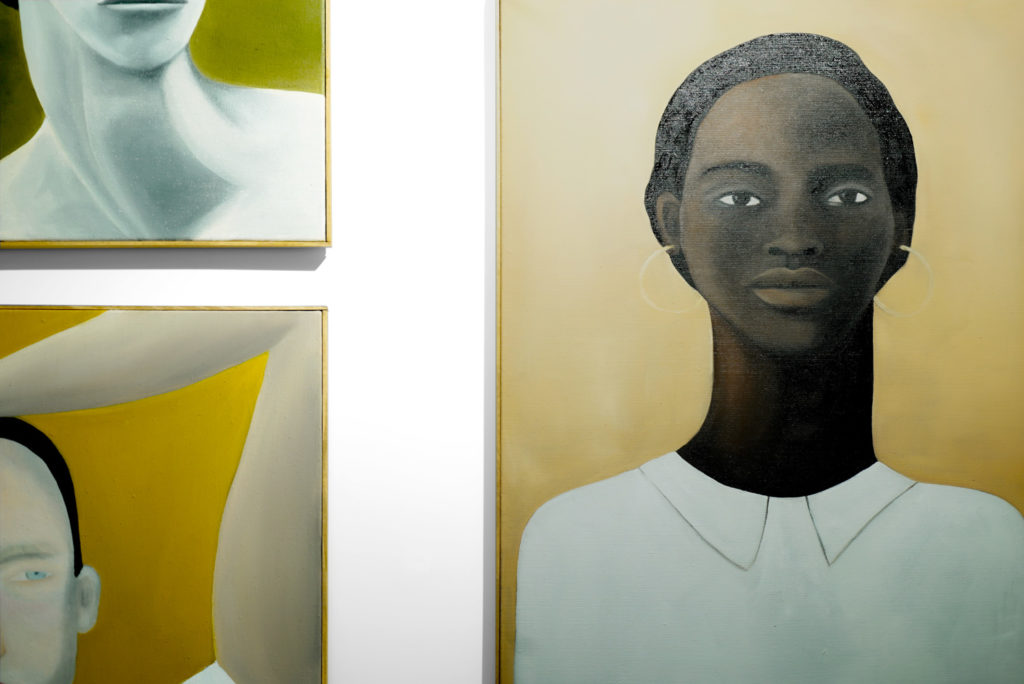 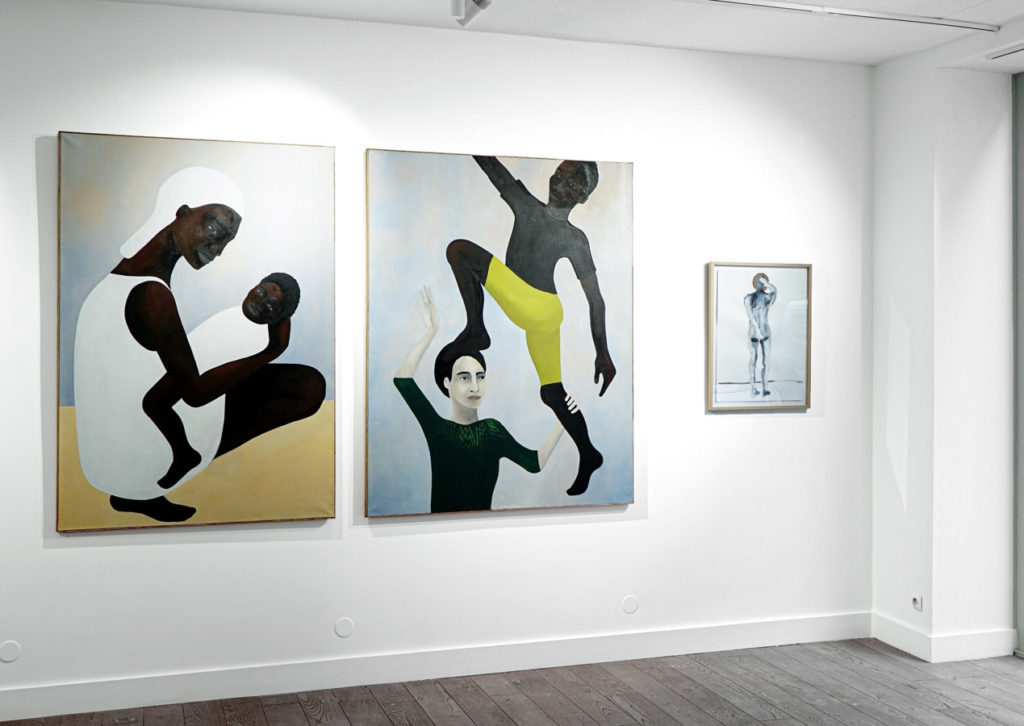 Rebecca Brodskis’ work is a form of exploration through painting of the relationship between being and matter and the impact of the social on the individual. Fascinated by the instances of life that surround her, discussions, images and characters, Rebecca questions those fleeting moments of everyday life that are not remembered, but that shape existence. She has set out to question the basis of human relationships while at the same time questioning the social context in which we evolve, a world in perpetual change embedded with bonds that escape us. She makes use of the complex wealth that comes from the social diversity that surrounds her, from the confrontation of cultures and individuals. Rebecca is also interested in the loss of reference points in contemporary societies, caused by the questioning of social foundations. She points out the doubt, anxiety and disorientation of her characters in totally decontextualized environments, which are at once nothingness and decor of the universal. Her characters are each metaphors of contemporary Man, entangled in increasingly extended social circles, wandering through the meanders of sprawling cities, condemned to extreme lucidity but constantly invaded by the fear of tomorrow.

For the exhibition, Didier Viodé his series Les Danseurs du Crépuscule, a project exploring the magic and beauty of the body in movement, Man’s expression of his culture, his inner intimacy and his sensitive view of the world. The project is a continuation of an earlier project, Les Marcheurs, a series of drawings and canvases exploring Man’s relationship with walking, this permanent movement of progress, of surpassing oneself and spaces. Progressively Didier, for whom walking is a quasi-dance, approaches the study of man and his scope through dance itself. Attracted by the possibility of extracting himself from his original cultural environment, he wishes to devote himself to the external observation of bodies in movement within a culture that is unknown to him. Driven by the desire to embrace the culture of the other, he uses body language to access a set of meanings from another world. Having lived in the Ivory Coast and Benin, he is steeped in traditional dances, and for this project he wishes to dwell on gestures that do not belong to him. Didier Viodé wishes to study the other, as a good anthropologist and, through drawing and painting, to bring out this “golden moment” of the photographer, the perfect snapshot where the body seems to be in total harmony with its space, this moment when hope springs forth. For Didier, dance is the meaning of hope, of the common and universal movement, of the alignment of beauty and being.